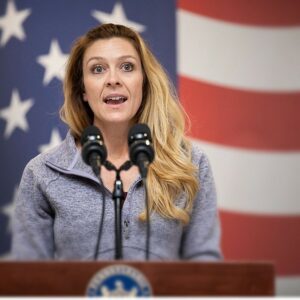 Amy is a United States Marine Corps veteran who holds a bachelor’s degree in nursing and a Master’s degree in Kinesiology. She currently works in the mental health field and in 2018 she transitioned her family farm into a non-profit to support the physical and mental health of local veterans.

As the founder and director of Glenn Hope Care Farm, her goal was to bridge the gap between health care and natural healing environments. We embrace “Green Care” philosophies on the farm, which is a term that is used to describe psychological, educational and physical interventions that involve using plants, animals and a nature environment to heal the human mind, body and spirit. At the same time that she found Glenn Hope Care Farm, she concurrently founded Glenn Hope Agricare which is a for-profit entity that focuses on farming operations and production. 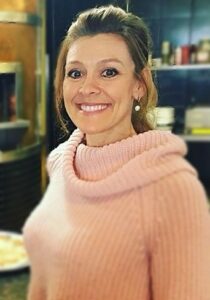 The birth of Glenn Hope was necessary in order to bring something to the community that she felt was needed but did not yet exist. It was in her heart to bring to the community a place where people could heal- where humility and living relationally was the primary focus. For so long in our society we have dehumanized business and namely “health care,” with our focus misplaced on numbers, census and productivity.

She believes as human beings we bond not because of numbers but because of trust, empathy, loyalty and true concern for our fellow people. Her prayer is that Glenn Hope becomes a hub of hope, humility and healing.